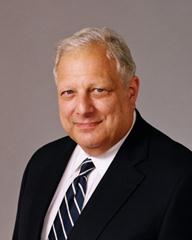 In a career spanning almost four decades, Martin E. Karlinsky has been on the forefront of cutting-edge business, commercial and civil litigation throughout the United States, particularly in the federal courts. Throughout, the touchstones of his career have been the focused attention he brings to clients and their matters, his devotion to the practice of trial and appellate advocacy at the highest levels, and his commitment to giving back to the community. Mr. Karlinsky is the founder and managing partner of Karlinsky LLC, a firm he launched in July 2012. Mr. Karlinsky has represented individuals, business organizations, fiduciaries, beneficiaries, financial institutions, and not-for profit entities in matters involving business disputes and business torts, contracts and commercial law, securities and corporate law, employment (especially in the financial services industry), trusts and estates law, partnership and real estate disputes, and in constitutional litigation, including defamation. He has extensive and broad experience in trial and appellate advocacy, in governmental investigations and proceedings, in arbitration and mediation before all principal U.S. forums, and in legal counseling and governance matters for both businesses and not for-profit organizations.

Mr. Karlinsky is a seasoned trial lawyer with over 160 jury and bench trials, arbitrations, and appeals, and regularly teaches trial advocacy to both law students and his peers. A graduate of New York University and the University of San Francisco School of Law, where he was Managing Editor of the Moot Court Board and a full-time extern clerk to the Hon. William H. Orrick, Jr., Judge, U.S. District Court, Northern District of California, Mr. Karlinsky has practiced in some of New York’s best-known law firms. He spent his associate years at Shea & Gould, then one of the leading business litigation firms in the country. In 1982, Mr. Karlinsky and William L. Scheffler founded Camhy Karlinsky & Stein LLP, which ultimately grew to 60 lawyers. Mr. Karlinsky served as its managing partner until 2000, was a partner and senior counsel at Rosenman & Colin LLP and its successor firm Katten Muchin Rosenman LLP until February 2009, and then joined the New York office of Michigan-based Butzel Long, P.C., where he served as managing partner of the office during 2009-10, until his departure.

Impairment of Contract in the Absence of Breach, 210 N.Y.L.J. 4 (October 27, 1994).   An Outline of the Law Regarding Attorney Escrow Accounts in New York State in Avoiding Legal Malpractice (Practising Law Institute 1998).

Mr. Karlinsky has also frequently handled matters for wealthy families and individuals, often in the New York surrogate’s courts, but also in the commercial courts of New York State and elsewhere. These matters often concern investment disputes as well as intra-family and intra-generational disputes, often as they relate to standard wealth ownership vehicles such as trusts and estates, limited partnerships, and other investment vehicles.

In particular, Mr. Karlinsky has a long history of representation of family ownership of New York City-based real estate. Such clients generally wish to keep their identities private.